Rich in natural landscapes, Asago City is a city in Hyogo Prefecture, which is located almost in the center of Japan. Asago is located about an hour and a half to two hours away by train or by car (using the highway) from Osaka, Kyoto, Kobe and Himeji. It is about an hour away from the World Heritage site, Himeji Castle, and is not that far off from the urban areas. The unique part of Asago is that visitors can see historic sites from 3 different eras: the ancient Kofun Period, the late medieval Sengoku Period, and the period of modern industrialization. Asago was an important place to the leaders of each era, making it an interesting place to experience the changing of the times in Japan.

Click on a city to read a short description 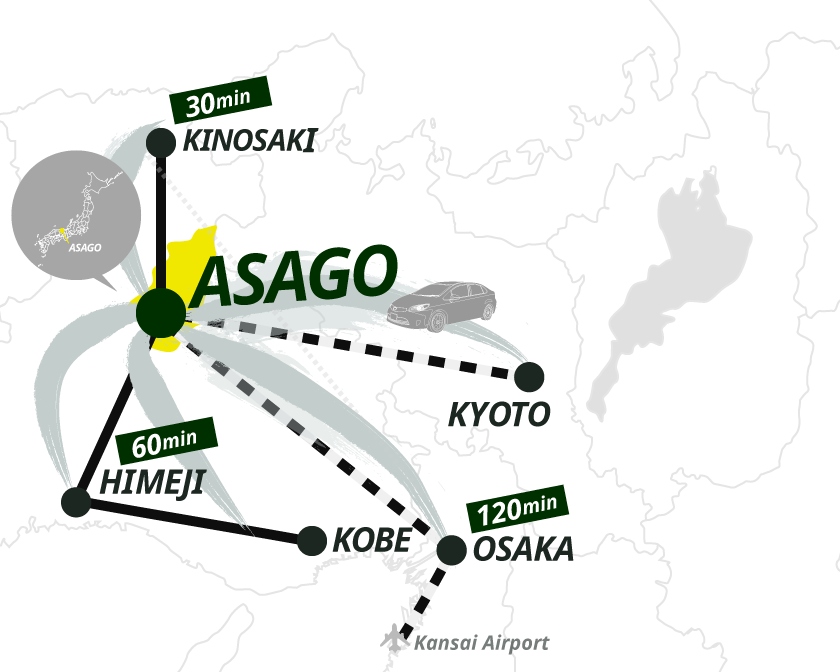 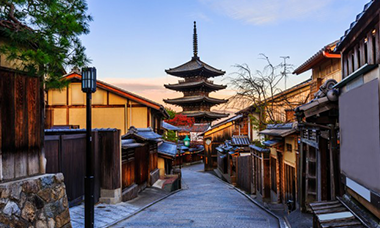 Many shrines and temples can be found in Kyoto, which is the former imperial capital of Japan. This is a highly popular area among tourists. The city area, located in a low-lying area in a valley, has plenty of historic buildings, and the northern part also has scenic spots such as Amanohashidate, which is ranked among Japan’s three most scenic views.

Asago is an approximately 2-hour journey away by car or by train from downtown Kyoto. 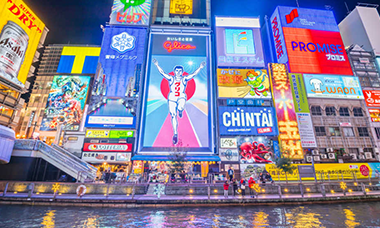 This is the second major city in Japan after Tokyo. This is also the prefecture where Kansai International Airport, which is the major international airport in the region, is located. Osaka Castle and Universal Studios Japan are a few of the popular spots in Osaka.

Asago is an approximately 2-hour journey away by car or by train from downtown Osaka. 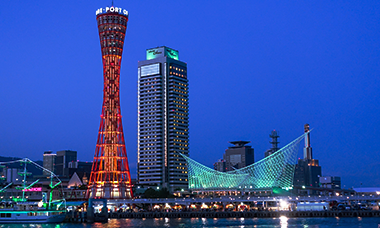 This is a city located in the southern part of Hyogo Prefecture. There is a major port here, and since its opening in 1868, Western culture quickly entered the city, and a foreign settlement district was established. The foreign residences in the district still remain to this day, and the district is a popular sightseeing spot among tourists. 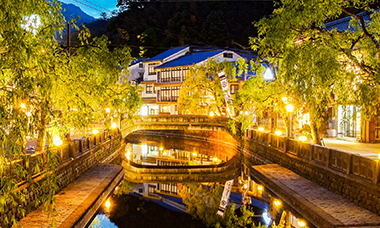 Located in the northern part of Hyogo Prefecture, this is a hot spring town with over 1300 years of history. A popular way to enjoy the town is to stroll around and visit the 7 different public bath houses in traditional Japanese yukata. The town is filled with nature, and visitors can even see Oriental storks, which were once extinct in Japan, circling around in the sky.

Asago is an approximately 1-hour journey away by car or a 30-minute ride by express train from Kinosaki. 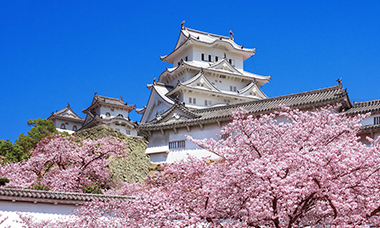 This is a city located in the southwestern part of Hyogo Prefecture. The World Heritage site Himeji Castle, also called the White Heron Castle because of its beautiful white exterior, is located here, as well as the Engyoji, a bouddhist temple located on top of Mount Shosha, which is very popular among foreign tourists.

Asago is an approximately 1-hour journey away by car or by train from downtown Himeji. 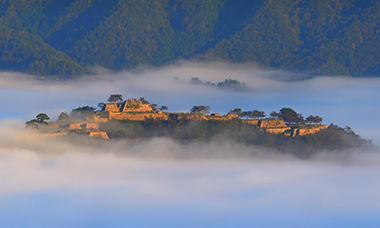 Asago is located approximately in the middle of all the popular tourist destinations, making it a convenient place to stop by or stay the night at. There are many places to visit in Asago. One of the main things to see here is Takeda Castle Ruins, which is also known as the “castle floating in the sky” because of how the castle ruins appear to be floating on a sea of clouds. Another popular place to visit is the Ikuno Silver Mine, which was under the direct control of the government from 500 years ago for silver mining. 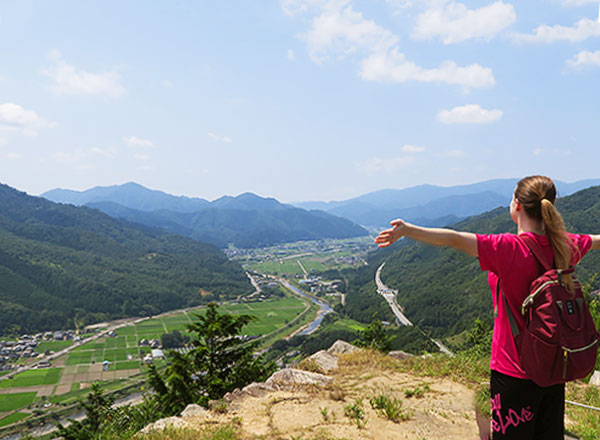 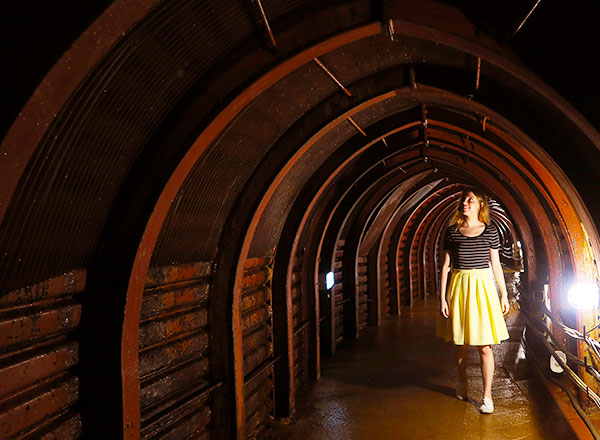 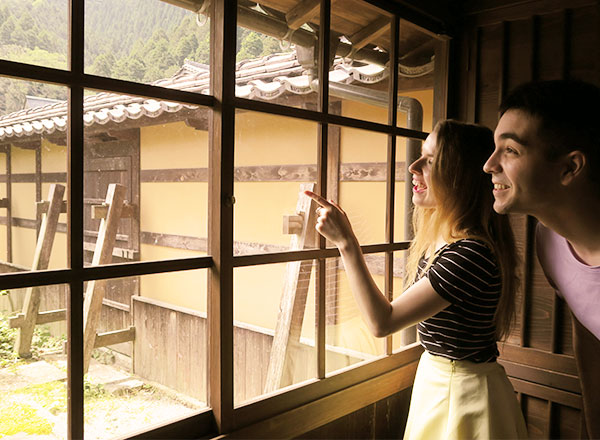 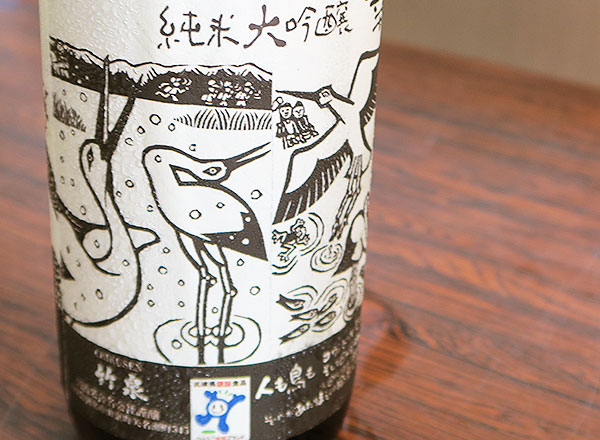 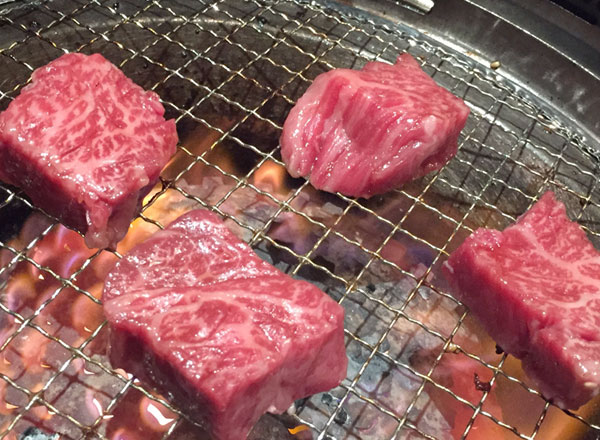 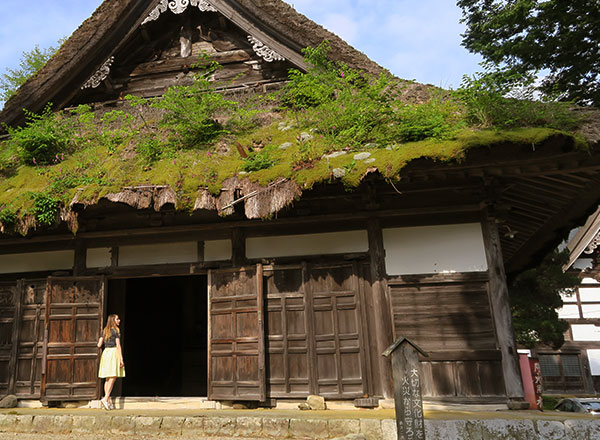 Vestiges of Japan's history as a resource-rich country

Did you know that, long ago, there was a vast amount of untouched mineral resources in Japan? There is a mining town in Asago called Ikuno. In the 16th century, it was said that "one who rules Ikuno will rule the heavens." From the Meiji period to the early days of the Showa period, the mining and manufacturing industry grew to be Japan's foremost industry, with Asago as its focus. Come tour the industrial legacy of Japan's transformation from the Edo era to the Meiji era in this place that straddles the border of eras.

On this course, you can tour two world famous castles in one trip. One is Himeji Castle, a World Heritage site. It is also known as White Heron Castle for its resemblance to the graceful figure of a white heron spreading its wings. The other is Takeda Castle. Because of its wondrous appearance that suggests the figure of a sleeping tiger, it has become known as the Resting Tiger Castle. Not only that, it is also known as the Castle in the Sky because it almost seems to be floating in the sky when wrapped in a sea of clouds. For lodging, please enjoy a moment that will last forever at "EN," a 400-year-old brewery renovated into a hotel in the town surrounding Takeda Castle. After summiting the Castle in the Sky, wash off your sweat at the Kinosaki Hot Spring and enjoy a tour of open air baths in a yukata. 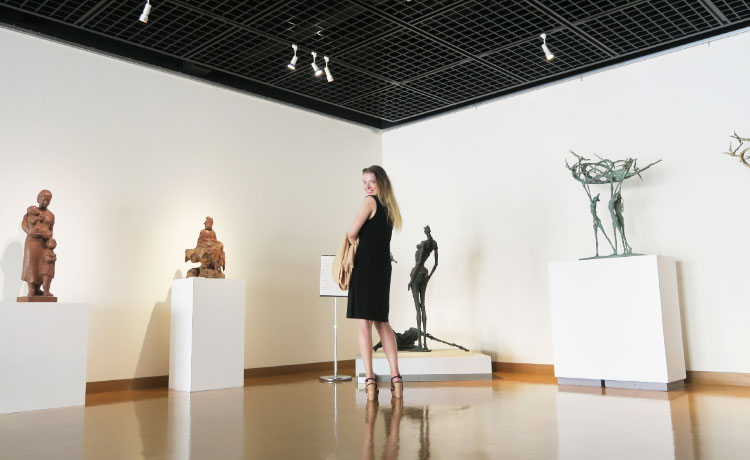 A trip that brushes against many facets of Japanese culture

After enjoying Japanese culture in Kyoto, stop by Asago to see the treasured items of pop culture that Japan is famous for throughout the world.
In the Asago Art Village, you will be welcomed by an adorable work imitating da Vinci's masterpeice, The Last Supper. To finish, why not visit the traditional sake brewing company that has been doing business since the 1600s? 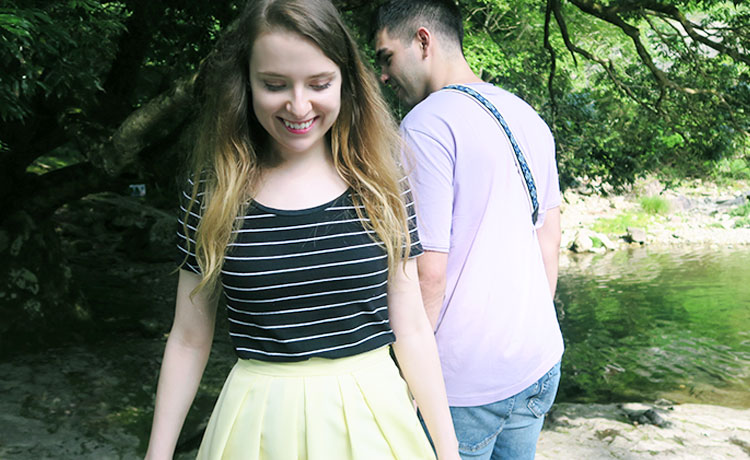 A trip that will cleanse your heart with its mysterious sites

After touring the baths at Kinosaki Hot Spring, why not stretch your legs at the various sites of mystery around Asago? Visit an ancient burial mound built in the 5th century and a Shinto shrine said to have existed for 2000 years, and then play in a river between beautiful mountains, enveloped in peacefulness. Lastly, unwind with a trip to the Kurokawa Hot Spring, rumored to bring beauty to anyone who bathes there. 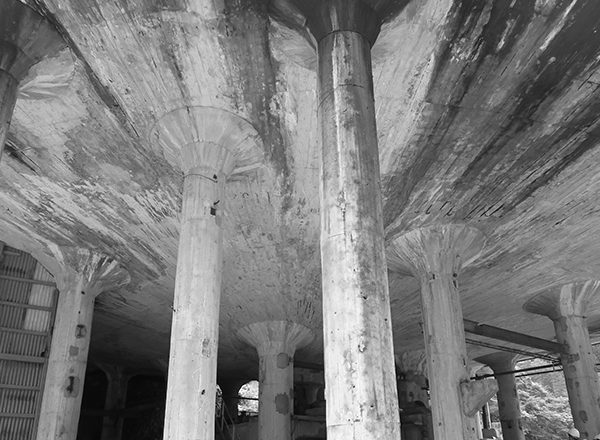 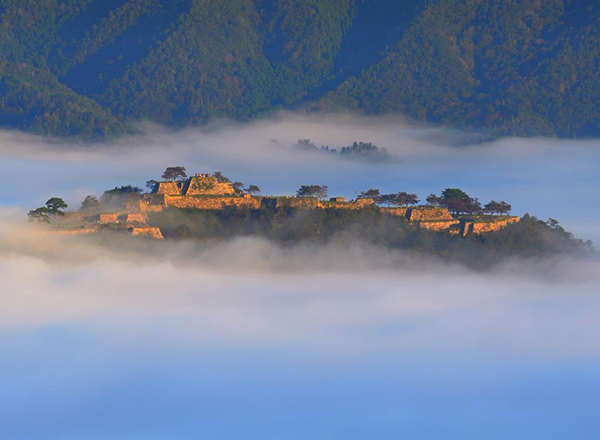 Era of the Warring States 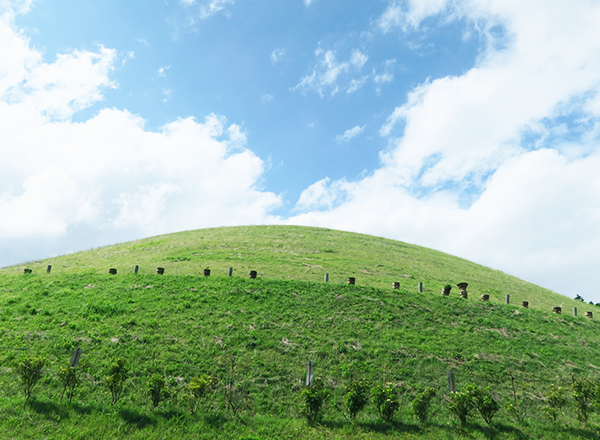 Era of the Ancient Kofun Tombs 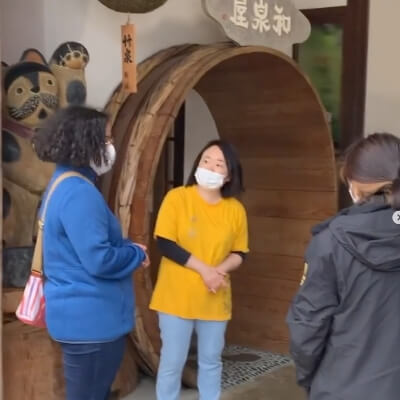 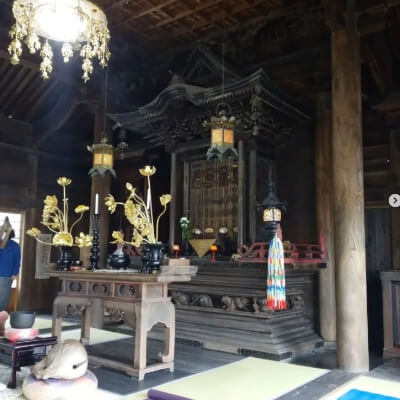 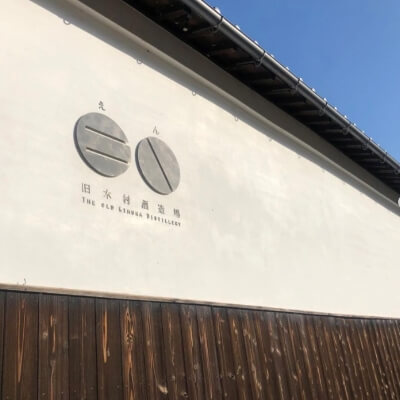 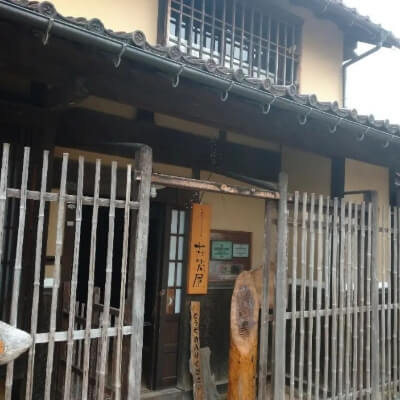 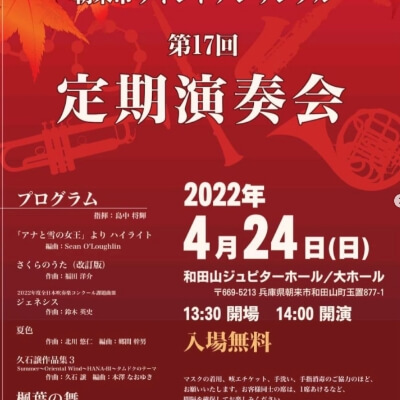 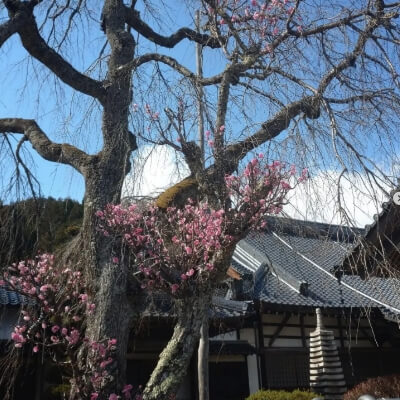 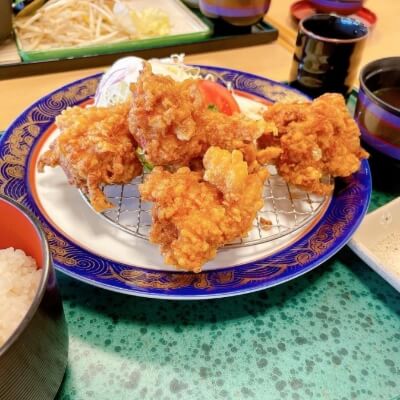 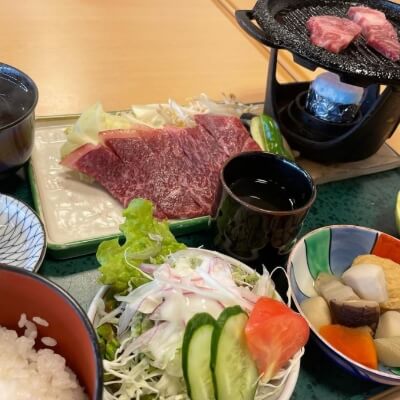 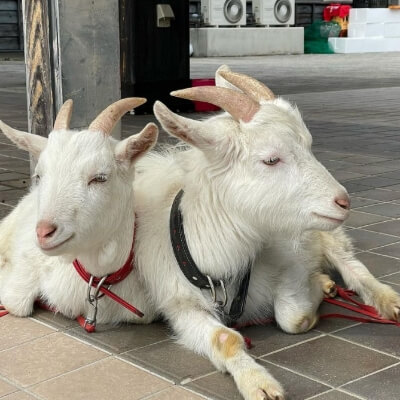